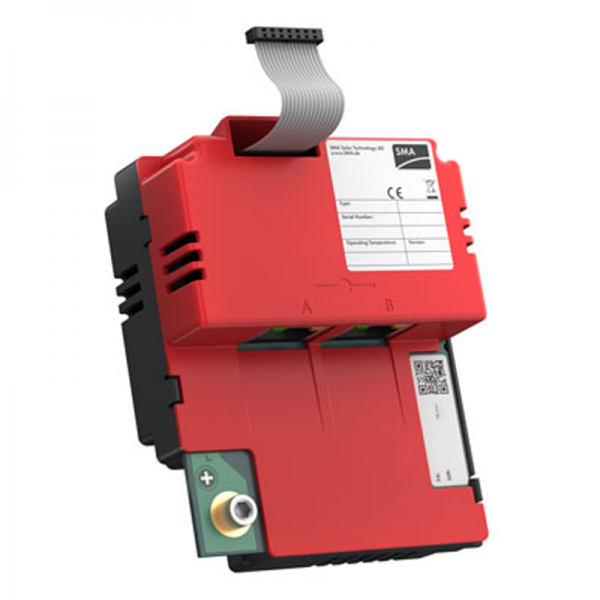 Please inform me as soon as the product is available again.
I have read the data protection information.
€117.30

SMA Webconnect - this is the ideal solution for operators of private PV systems who want to monitor their inverters online and retrieve the inverter data via Sunny Portal. The new technology from SMA makes it possible - completely without a data logger and for a maximum of 4 inverters per Sunny Portal system.

One of the big advantages of the SMA Webconnect functionality is the direct data transfer from the inverter to the SMA Sunny Portal - without any additional SMA devices.

After wiring the SMA inverters, commissioning is carried out with "Plug & Play".
That is practically done by plugging the existing DSL router at home.

With basic access to the SMA Sunny Portal, system operators have online access to their system anytime, anywhere. The most important data, such as B. Income and services or the logbook can be accessed via PC or mobile devices.

To use the SMA Webconnect functionality, a DSL broadband connection is required. Under these conditions, continuous data exchange with Sunny Portal offers the option of visualizing high-resolution data via the Sunny Portal live interface.